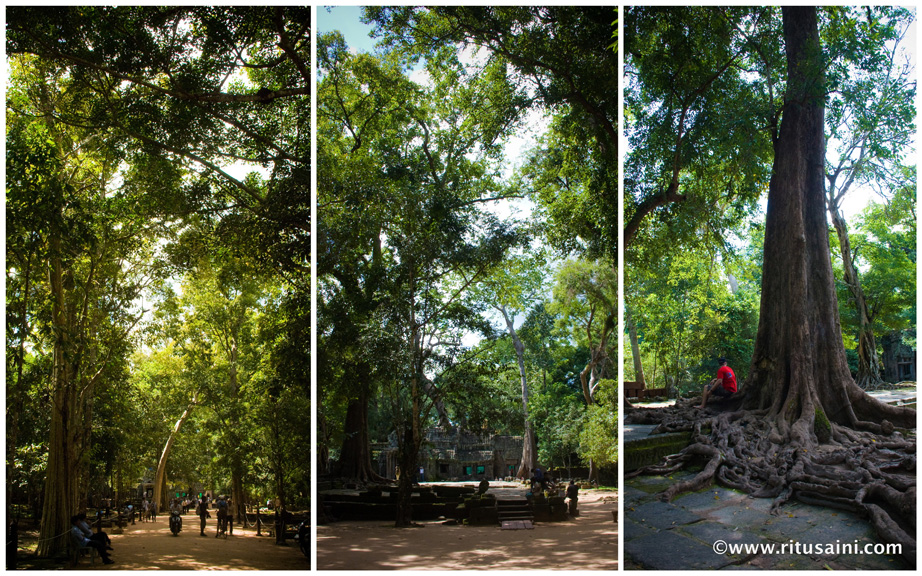 In the jungle among the really tall trees is the outer wall of the ‘Jungle temple’ – Ta Prohm. The entrance gate with a Bayon head gopura, leads to a dirt track, on the sides of which are some men under a huge umbrella, playing traditional cambodian music. They are land-mine victims, who now play music, outside the temple. There are locals approaching to sell souvenirs, but all of this fades away as I get the first look of the temple. It’s ethereal. An awe-some combination of man and nature left untouched for hundreds of years. There are really tall and massive trees growing all around the temple ruins and it’s walls. The roots of these trees like the tentacles of a huge octopus frozen in action, wrapped around the temple walls. 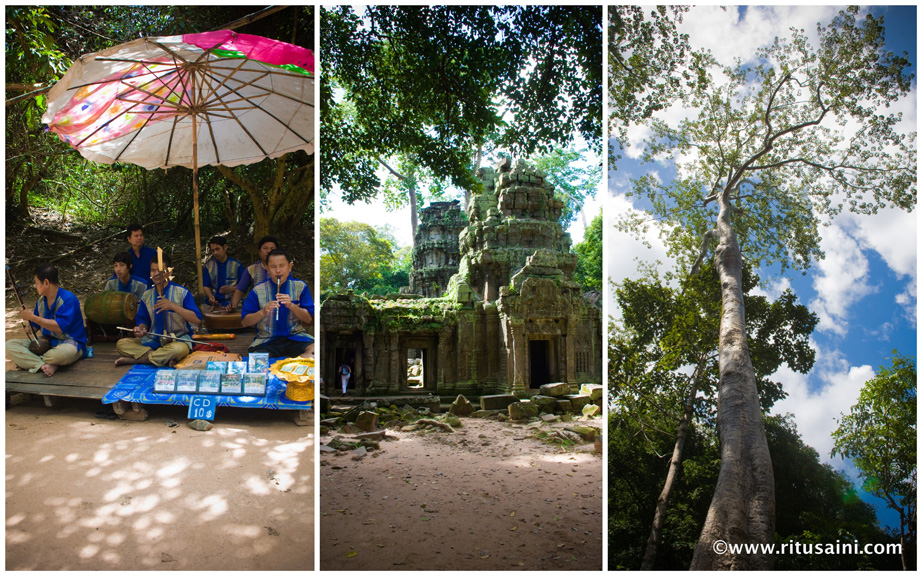 Ta Prohm is the modern name of this Buddhist temple at Angkor, originally called Rajavihara – the royal monastery. It was built in the Bayon style around 800 years ago & founded by the Khmer King Jayavarman VII as a Mahayana Buddhist monastery and university. The design of Ta Prohm is that of a flat Khmer temple as opposed to a temple-pyramid. The giant figs, banyan and kapok trees growing out of the ruins are perhaps the most distinctive feature of Ta Prohm, and gives it the name the ‘jungle temple’. Interestingly, there is a chamber in the temple, where the thumping sound from a chest cavity can be heard resonating! 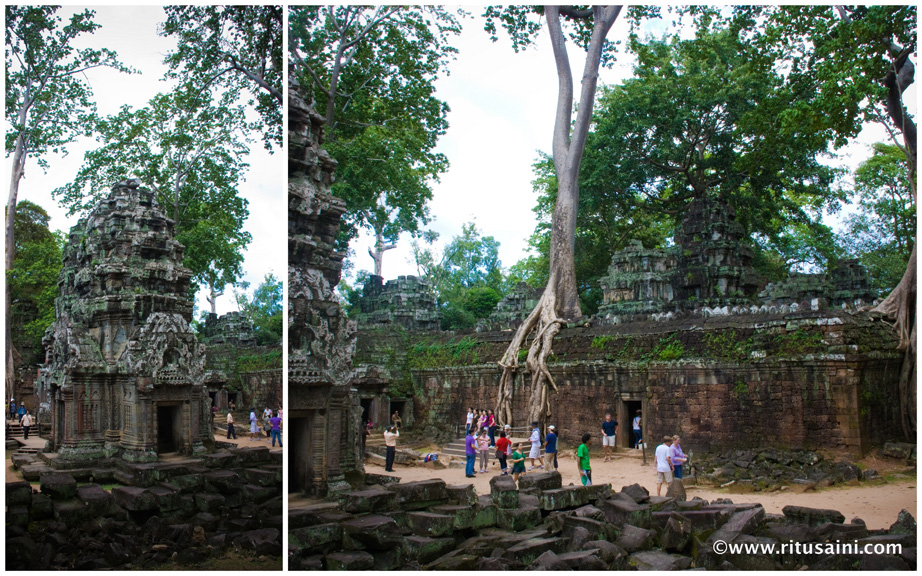 The temple complex looks no less than a world of imagination, and is featured in the film Tomb Raider. The authorities now have started to take a more aggressive approach to restoration. All the plants and shrubs have been cleared from the site and some of the trees are also getting removed. Wooden walkways, platforms, and roped railings have been constructed around the site which now block some of the previously famous postcard photo opportunities.

It’s eerie and exciting, to see the temple, with its carved apsaras entangled in the web of roots of the trees growing on it. There isn’t much left of the temple, but its a visual delight because of the trees. It’ll be scary to be here alone at night!